Undercurrent News: Another US government shutdown could reduce next Atlantic scallop harvest

Should the US government slide into another partial shutdown on Feb. 15, it’s likely that the harvesters of Atlantic scallops off the coast of New England could be looking at smaller landings, warns an article published in Forbes Magazine.

Michael Pentony, the National Oceanic and Atmospheric Administration’s administrator for the greater Atlantic region, warned last week that his group was already backed up as a result of the shutdown that was at least temporarily halted after 35 days on Jan. 25 when he briefed the New England Fishery Management Council (NEFMC) at its New Hampshire meeting, as reported by Undercurrent News.

But should president Donald Trump and Democratic party leaders not reach an agreement over his demands for a wall on the Mexican border in 11 days, the shutdown would resume and NOAA’s National Marine Fisheries Services (NMFS) probably wouldn’t be able to make the deadline necessary to implement regulations necessary to increase scallop harvest before the season kicks off on April 1, Forbes warned. That means the earlier default quota would have to be used. 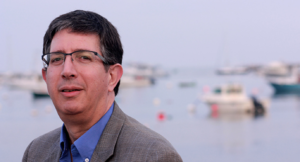 As reported by Undercurrent, the changes are expected to generate landings that would exceed the roughly 60 million lbs projected to have been harvested in 2018. But they must go through the regulatory process necessary to be approved by NMFS.

‘Get everything that you can get done now’

John Bullard, NOAA’s former administrator for the greater Atlantic region who was present during a 2013 government shutdown, was quoted recently by the Standard Times, a New Bedford, Massachusetts, newspaper, as warning that the impact of a shutdown is “enormous”.

At a meeting held in Washington, D.C., by the US Chamber of Commerce on Jan. 25, the day the shutdown was at least temporarily halted, captain Jack Morris, director of operations for FV Holdings, had advised that he and other scallop harvesters were “bleeding” and “need to go fishing”, according to the Standard Times.

The shutdown didn’t allow Morris to transfer a license from an out-of-service vessel to a new one. Meanwhile, the previous season’s quota had to be used before the end of March and time was running out.

Drew Minkiewicz, an attorney for the Fisheries Survival Fund, is quoted as suggesting treating Feb. 15 as if another shutdown was going to happen.

“Get everything that you can get done now,” he said. “Hopefully it’s not going to be a shutdown. But I think it’s foolish to assume it won’t be a shutdown again. We don’t know. Nobody knows.”

But Minkiewicz also was concerned about the next season.

“During the whole 35 days that we’ve been shut down, the government was supposed to be moving (next season’s) package forward. Is that 35-day delay going to not allow us to have that in place for April 1? I don’t know the answer to that yet,” he said.

Pentony, in a statement published before the NEFMC meeting, declared his office’s top three priorities following the temporary ending of the shutdown were: “Getting fishermen fishing; completing consultations so federally permitted projects in your communities can move forward; and ensuring that adequate monitoring and protections are in place for our protected resources.”

“There is great hope within the seafood industry that NMFS will meet its deadline for approving and implementing the new quota for scallop fishermen,” the Forbes article advises. “If not, it could mean multi-million dollar losses, as well as forgone yield of this sustainably managed species.”

Another US government shutdown could reduce next Atlantic scallop harvest